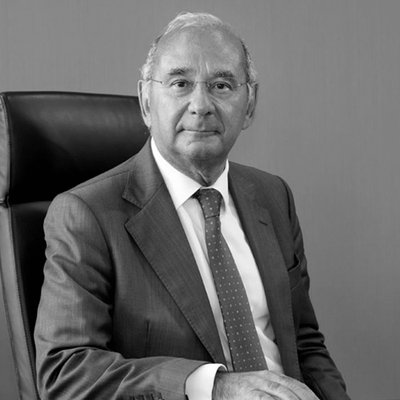 Raffaele Calabrò graduated in Medicine and Surgery from the University of Naples Federico II in 1971, followed by completing specializations in Cardiology and Vascular Diseases, as well as in Respiratory System Diseases in 1976. From 1972 to 2008 he worked as a clinical physician at the Elena d’Aosta Hospital in Naples, La Paz Pediatric Clinic in Madrid, the Pausilipon Clinic and Mondaldi Clinic in Naples, covering the roles of Head of the Pediatric Cardiology Department from 1992 to 2003, Director of Complex Operative Cardiology Unit from 2003 onwards, and Director of the Cardiology and General Medicine Department from 2006 to 2008.

His career as university lecturer began in 1987, as an Associate Professor in Pediatric Cardiology at the Faculty of Medicine and Surgery at the University of Naples Federico II. In 2000 he became Full Professor at the University of Campania “Luigi Vanvitelli” and achieved tenured status in 2005. He has written and published over 500 scientific articles in Italian and international journals.

For the Campania Regional Health Department he served as Council Member from 1995 to 1997, and as Chairman of the Board from 1997 to 2000. He was a Senator and Member of Parliament during the last two legislatures (2008-2013 and 2013-2017). He resigned from Montecitorio on 28 June 2017, before accepting his nomination as Rector of Campus Bio-Medico University of Rome.