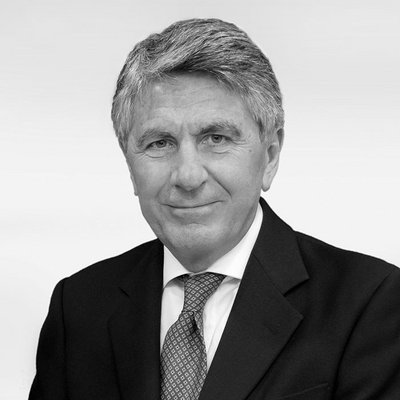 Within UCMB he also served as Managing Director of the University Hospital from 1999 to 2008. From 2009 to 2013 he was the Vice-President of the “Gaetano e Mafalda Luce” Foundation, during which he oversaw the establishment in Milan of the Mafalda Luce Center for Pervasive Developmental Disorders.

Felice Barela graduated with a degree in Philosophy from the University “La Sapienza” in Rome, followed by a research fellowship from the same university, where he collaborated with the CNR program on the project “European Intellectual Lexicon”. Since 1975 he has held various professional positions in Institutions operating in the fields of university education and development cooperation. He obtained a Master’s in Healthcare and Pharmaceutical Administration from the LUISS Business School and served as consultant at AORN - “Ospedali dei Colli” National Hospital of Naples.